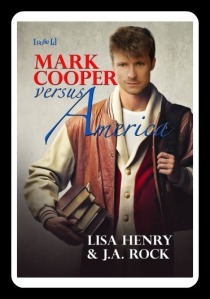 Mark Cooper is angry, homesick, and about to take his stepdad’s dubious advice and rush Prescott College’s biggest party fraternity, Alpha Delta Phi. Greek life is as foreign to Aussie transplant Mark as Pennsylvania’s snowstorms and bear sightings. So, when the fraternity extends Mark a bid, Mark vows to get himself kicked out by the end of pledge period. But then he’s drawn into Alpha Delt’s feud with a neighboring fraternity.

Studious Deacon Holt is disappointed to learn Mark’s pledging Alpha Delt, his fraternity Phi Sigma Kappa’s sworn enemy. Mark is too beautiful for Deacon to pass up an invitation for sex, but beyond sex, Deacon’s not sure. He wants a relationship, but a difficult family situation prevents him from pursuing anything beyond his studies.

Mark and Deacon’s affair heats up as the war between their fraternities escalates. They explore kinks they didn’t know they had while keeping their liaison a secret from their brothers. But what Romeo and Juliet didn’t teach these star-crossed lovers is how to move beyond sex and into a place where they share more than a bed. That’s something they’ll have to figure out on their own—if the friction between their houses, and between Mark and America, doesn’t tear them apart.

This was bloody damn well good.

It’s all about how angry bunny with an Australian accent meets older (not by much) geeky American bartender and how they become Romeo and Juliet as they are a part of opposing fraternities (never frat) who find that they have really kinky sides and decide to explore it and along the way fall in love.

Trust me when I say the book is a million times better than the bastardization of a synopsis that I just gave you.

I mean, this book has got things that I myself, not just Mark or Deacon, didn’t know that I would ever find hot.

Like cross dressing. Not hardcore cross dressing, but definite I’m a man, but I’m totally rocking this French maid outfit . . . kind of thing. And spanking. Dear God, as many BDSM books as I’ve read so far (which, to be fair, hasn’t been an overabundance, but still) where spankings definitely take place, I have never been turned on by spanking as much as I was in this book. I don’t know what it was that made the spanking so different in this book, but whatever it was, I appreciated it a lot. (And when I say I appreciated it, I mean I drooled/foamed at the mouth over it.)

This was the first book that I read from the partnership of Lisa Henry and J.A. Rock, and it won’t be my last. Their writing is superb, not a single word felt forced or fake or meh. I haven’t read a J.A. Rock book in which she is the sole author of, but even still, it was impossible for me to be able to point out a single scene, line, or character and think, “Oh, I know who wrote that,” because of the fact that they flow so wonderfully together.

While I pretty much loved everything about this book (except Bengal. Bengal must die. Bengal must die painfully.)–the cross dressing, the spanking, the Australian accent and the cute way that Mark thinks it’s okay to spell words with ‘u’s that they don’t belong in and saying ‘arse’–the best aspects to this book, the things that drove the book the most for me, was the relationship between Mark and Deacon, how relatable they both were, and how they never apologized for liking what they liked.

Mark and Deacon are so relatable for me because, while our situations aren’t the same, I’ve found myself in the same places that they both found themselves in. I was able to connect with them and not just see them as figments of these authors’ minds, but as two people. And when that happens, you know you’re reading something good.

The moment characters become people is the moment everything becomes real.

Mark Cooper versus America is real.

“Because Clare had never let the fact that Mark didn’t have a father in his life get in the way of sex education. She’d been showing Mark how to roll condoms onto bananas long before he’d known it was other bananas he was interested in.”